The contributions from the Bromine industry in “just transitions” in India and Korea - Let's talk bromine
18016
post-template-default,single,single-post,postid-18016,single-format-standard,ajax_fade,page_not_loaded,,qode-title-hidden,qode_grid_1300,qode-content-sidebar-responsive,qode-child-theme-ver-1.0.0,qode-theme-ver-10.1.1,wpb-js-composer js-comp-ver-5.0.1,vc_responsive 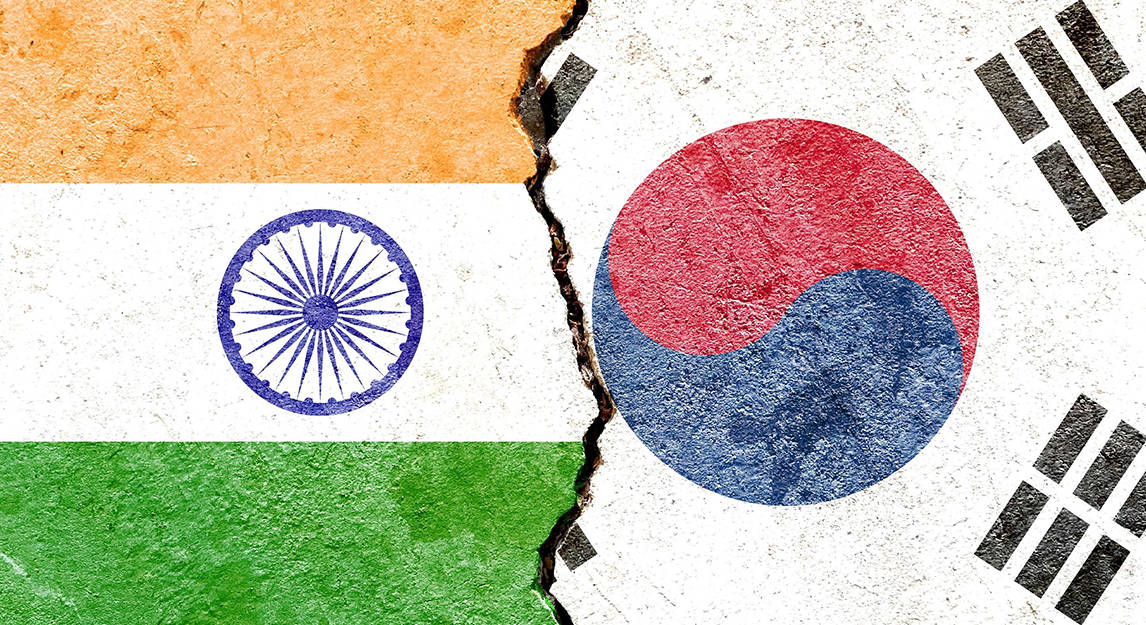 Just Transition is a unifying and place-based set of principles, processes, and practices that build economic and political power to shift from an extractive economy to a regenerative economy. The concept was established in the 1990s by North American unions and has since been applied by multiple countries. The transition itself must be just and equitable; redressing past harms and creating new relationships of power for the future through reparations.

It is focused on defining a transition away from polluting industries in alliance with fence line and frontline communities. It focusses on making a deliberate effort to plan for and invest in a transition to environmentally and socially sustainable jobs sectors and economies.

Several global examples of transitions include transitions such as that of Enel which decided to close 13 GW of thermal power stations in Italy by focussing on retention, redeployment, reskilling and early retirement for elderly workers. Several examples can be seen here.

In India and Korea, this concept is slowly gaining traction as both countries have vowed to shift to cleaner sources of energy. The following section explains the same.

1. Just Transitions for Coal fired power plants and their relevance

Coal mining directly employs over 7 million workers and benefits millions more through indirect jobs. However, to meet the 1.5 °C global climate target, coal’s share in global energy supply should decline between 73% and 97% by 2050.

In 2020, Govt. of India announced its plans to close 32 units in 12 power plants across the country as they failed to meet the emission norms with a combined capacity of 5.05 GW.

In terms of renewable sources of energy, India has 141 GW (~37% of total energy generation) generation capacity.  At the UN Climate Action Summit in 2019, India raised its renewable energy target to 450 GW by 2030.

India needs 30 times more solar power capacity at its current position to smoothly phase out the coal jobs. There were around 1.2 million jobs formally or informally attached to the sector in 2018. In the same year, jobs in the renewable sector accounted to 432,000.

In Korea, the government is targeting to close 30 coal fired power plants by 2034. Nearly 40% of the electricity is generated by this source .

Korea’s 9th Basic Plan for Electricity Supply and Demand 2020-2034, released in December 2020 indicates an expansion of coal power in the short term, bringing the total coal capacity to 40.6 GW by 2024, from 36 GW. In the long term, coal capacity will decline to 29 GW by 2034 as all coal-fired power plants that reach a 30-year life will be retired.

Capacity for renewable sources for Korea is 120 GW with a target to increase this figure to 185 GW, which will account for 42% of the total electricity generation by 2034.

Bromine is a highly versatile, environmentally friendly and sustainable chemical and can play pivotal role here;

Human activity is one of the main causes of mercury releases, with the burning of coal for power generation being the biggest single source of anthropogenic emissions of mercury into the air. 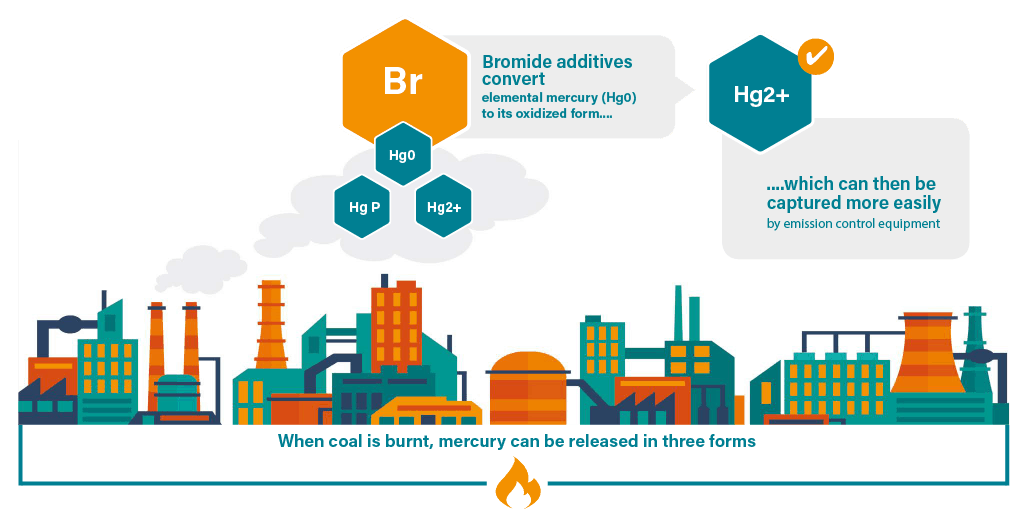 Bromine-based technologies have been proven to reduce mercury emissions by over 90% by converting elemental mercury (HgO) to it’s oxidized form.

Multiple systems of this size could be connected in parallel for use in much larger applications. Zn/Br systems are also being supplied at the 5-kW/20-kWh Community Energy Storage (CES) scale, and now being tested by utilities, mostly in Australia.

An example of such a manufacturer – is an Australian flow-battery specialist Redflow which signed a $1.2 million agreement with California-based Anaergia, under which it will supply a 2 MWh energy storage system made up of 192 zinc-bromine flow batteries for an Anaergia facility in San Bernardino, California.

The system can also be used to store solar power, which is abundant in India.

Advantages of it include:

Integrated Zn/Br energy storage systems have been tested on transportable trailers (up to 1 MW/3 MWh) for utility-scale applications. Increasing demand for electrical vehicles (EVs) can also be a major driver here. India doesn’t have any major ZnBr2 battery manufacturers at present. With the rise of Electric Vehicles (EVs) and the demand for batteries increasing consistently, this provides an excellent opportunity to generate employment.

Govt. of India has approved INR 18,000 crores for battery manufacturing linked to PLI to Tesla, thereby indicating a strong push for the same in India.

The FAME scheme provides financial incentives for purchase of electric two wheelers, and four-wheeler buses. Several state governments have also come up with their own incentive plans.

Korea announced its EV incentive program in 2011, with subsidies and tax benefits available initially in 5 regions, expanding to 17 regions in 2015. The national government offered 15 million won (11,639 eur) in subsidies for battery electric vehicles; that amount was to be decreased from 2014 to 2020.

Local governments also offer subsidies, though these vary by locality. For example, Jeju, a self-governing province that aims to become carbon-free by 2030, offered additional subsidies in 2015 worth 7 million won ($6,364). It is noteworthy that the total BEV subsidy in Jeju, around US$20,000, far exceeds the maximum $10,000 BEV subsidy in California.