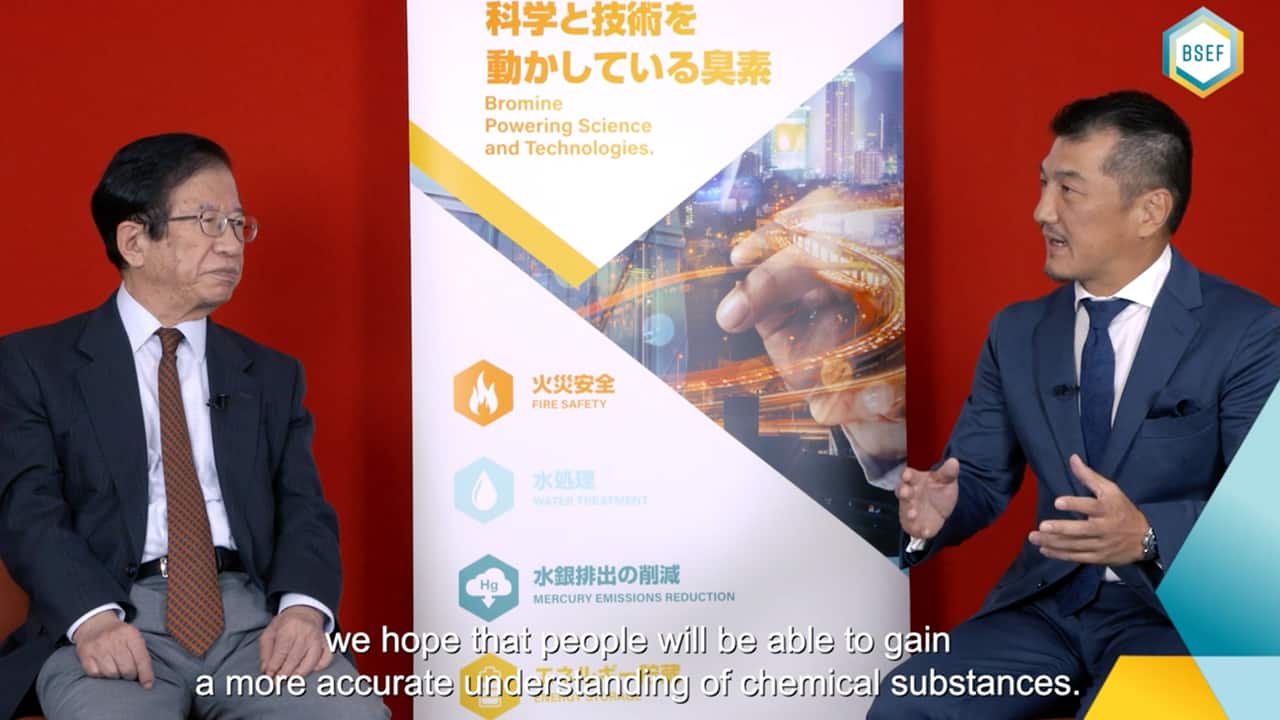 In this edition of Meet the Experts, BSEF Japan’s representative Tommy Kinoshita interviews renowned Japanese scientist Professor Kunihiko Takeda about his passion for fire safety research, what makes a superior flame retardant and the importance of brominated flame retardants (BFRs).

Professor Takeda believes that “to this day nobody has found anything more effective than BFRs with antimony trioxide in terms of flame retardancy.”  In fact, he believes that by optimizing the use of BFRs and antimony trioxide combination could reduce fire-related deaths in Japan from the current level of 2,000 a year to less than 10.

As this interview was conducted simultaneously with the JPCA Show, the largest forum in Japan for E&E products, Professor Takeda left viewers with the following message:

“There’s no doubt that E&E devices have contributed greatly to humankind.  The problem is that these devices can cause fires and pose a danger. Although BFRs have been used effectively for more than 70 years and are suitable from both a scientific and rational perspective, concerns about chemical substances are becoming more widespread.  Consequently, still to this day we have not unlocked bromine’s full potential, which is a major issue”. Professor Kunihiko Takeda concludes by saying that “it´s critical for society to understand the useful applications of bromine”.