During the BSEF board members’ visit to Korea and Japan, BSEF held a series of very successful meetings with relevant stakeholders and institutions.

In Korea, Secretary General Michael Hack and ICL Global Director of Advocacy Joel Tenney visited the National Assembly (NA) on 12-13 July and met NA members Huh Young and Han Moo-kyung. The meetings were characterized by a positive and open conversation on the key role played by BFRs in ensuring fire safety, and allowed the board to make excellent connections for future cooperation. 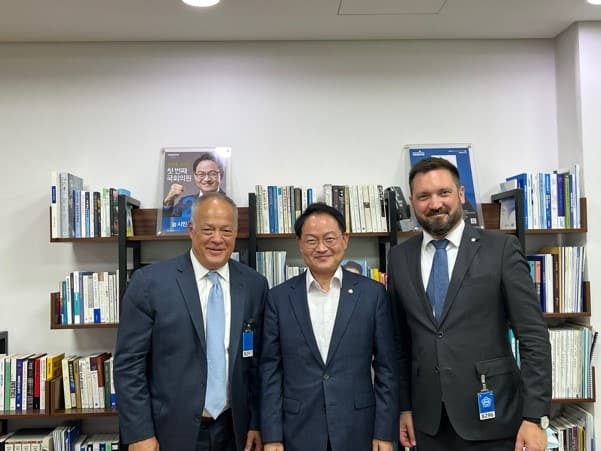 On the same note, a solid and promising channel was also established with Korea Automobile Manufacturers’ Association (KAMA), Hyundai Motors and Korea Electronics Association (KEA). The meetings focused on Canada’s proposed ban of decabromodiphenyl ethane (DBDPE), a flame retardant currently used in a wide range of products (i.e. lubricants, polymers, inks and toners), and its implications on Korea’s electrical and electronic products (E&E) industry. The exchange was very productive, with both parties reaffirming their commitment to work together on the issue, given the importance of this BFR in preventing fires . 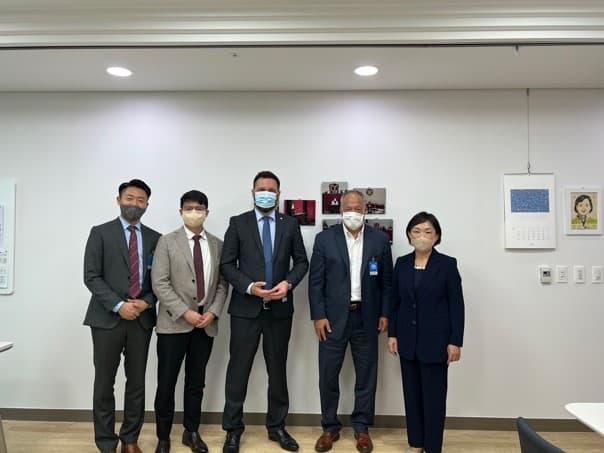 In Japan, the board met on 18-20 October important figures in the Ministry of Economy, Trade and Industry (METI), the Ministry of Environment (MOE), and representatives from the automotive and E&E industries. All parties involved reaffirmed their commitment to tackling regulatory trends to ensure they are fair and evidence based. 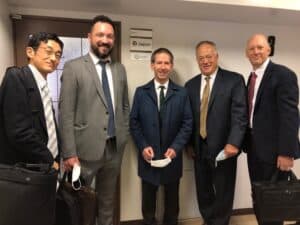 BSEF board at the BSEF Japan office

Michael Hack, BSEF’s Secretary General, said: “We were able to have very fruitful exchanges with various government stakeholders who agreed with us that regulations should be determined based on science”.