Mercury is a heavy, odorless, lustrous liquid metal that sinks in water. One gram of mercury contains 3 x 1021 atoms and each of these atoms is bio-chemically capable to disable an enzyme or other critical protein in a human body. This one gram of mercury (present in a typical clinical thermometer) is enough to contaminate a water body with a surface area of about 20 acres1, to the degree that the fishes inhabiting there would be unsafe to eat. In humans, mercury can be absorbed through the skin and mucous membranes and its vapors can also be inhaled. Hence, it becomes very important for humans to mitigate coming in contact with Mercury.

The sources of Mercury emission are:

Anthropogenic (human-caused) emissions include mercury that is released from fuels or raw materials, or from uses in products or industrial processes. Globally, India is the second-largest mercury emitter to the environment after China with estimated emissions of 144.7 tons per year2 in 2019. The sectors largely responsible for these emissions include2: 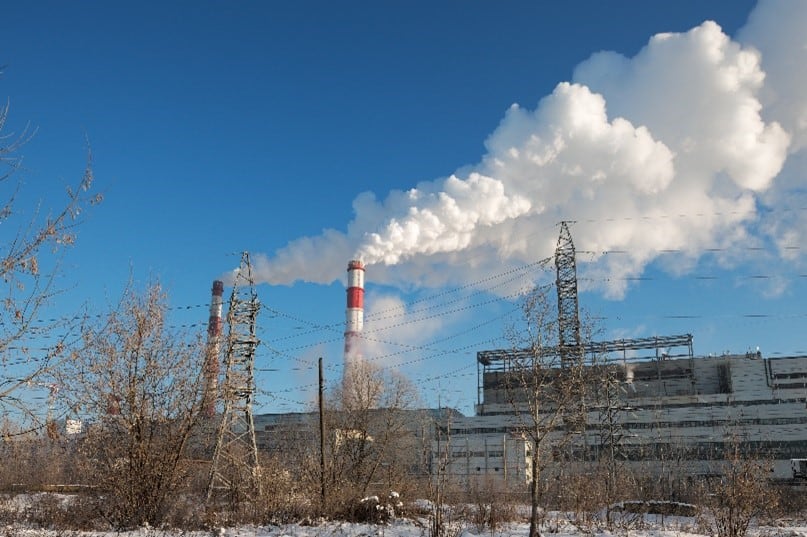 Coal thermal power plants contribute to over half of Sulphur Dioxide (SO2) concentration, 30 per cent oxides of nitrogen (NOx) and 20 per cent particulate matter (PM) in ambient air. The contribution of mercury also by these thermal power points exceed 50 per cent.

In 2015, the Union government introduced a notification directing coal-based thermal power plants to comply with stringent emission norms. One of the major requirements for complying to the emission norms was setting up of a Flue-gas desulfurization (FGD) unit which requires two-three years of commissioning as well as large capital. The deadline was initially set as 2017. There has been a constant push from industry to delay the deadline. This deadline has been revised in September 2022, for the third time in the last five years. The revised deadline of September 2022 however has provided extension only to SO2 norms while the deadline for other emissions remains the same.

Review of Mercury found in vicinity of Thermal Power plants

A study4 was done in 2021 to analyze Mercury levels present in drinking water and soil samples in areas close to thermal power plants in various cities of India. The U.S. Environmental Protection Agency (EPA) has issued an upper limit for presence of Mercury in drinking water as 0.002 mg/L. Of the total 15 drinking water samples taken from different locations, three of them had mercury levels between 0.003 to 0.026 mg/L. Samples of Surface water had 0.01 mg/L while effluent water had 0.02 to 0.127 mg/L of Mercury concentrations. All these numbers are higher than the drinking water quality guidelines of several countries including India, and the general surface water quality guidelines for EU.

Hg (2+) & Hg (P) are relatively easy to remove from flue gas using typical air pollution control devices such as Electrostatic Precipitator (ESP) & Wet-Flue Gas Desulphurization (FGD) units. The deadline for installation of FGDs for Category C cities in India is 31st Dec’26 before which all thermal Power plants in India will become equipped to even remove Hg (2+) and Hg (P)  from flue gases

Hg (2+) & Hg (P) are relatively easy to remove from flue gas using typical air pollution control devices such as Electrostatic Precipitator (ESP) & Wet-Flue Gas Desulphurization (FGD) units. The deadline for installation of FGDs for Category C cities in India is 31st Dec’26 before which all thermal Power plants in India will become equipped to even remove Hg (2+) and Hg (P)  from flue gases.

The Mercury in elemental form, Hg (0) passes through the entire flue gas cleaning system and is released by the flue gas into the surrounding environment. In practice, the common methods used to remove this form of mercury are:

Mercury is a highly toxic molecule which causes neurological diseases. Mercury poisoning can result from exposure to water-soluble forms of mercury (such as mercuric chloride or methylmercury), by inhalation of mercury vapor, or by ingesting any form of mercury. Given the nature of toxicity, its critical to protect human health and the environment from anthropogenic emissions and releases of mercury and mercury compounds.

Thermal power plants are the largest contributor of Mercury emissions. A recent study in India has highlighted the levels of Mercury above permissible limits in regions around these power plants.

It’s critical for coal based Thermal Power plants to adopt measures for capturing Mercury present in flue gases, In this sense, capture systems such as Powdered Activated Carbon, Baghouse and FGD play a fundamental role in achieving this, as they can capture the oxidated mercury present in flue gas. Hence the deadline of 31st Dec’26 before which all thermal Power plants in India will become equipped with FGDs is critical to achieving mercury below permissible limits around thermal power plants.